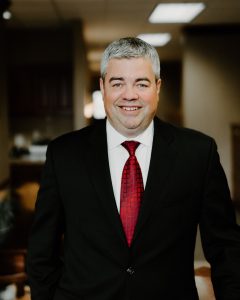 Paul is a skilled trial attorney whose practice is focused on helping injured railroad workers obtain fair compensation under the Federal Employers’ Liability Act.  He understands the strategy and tactics required to level the playing field for his clients making claims against multi-billion-dollar railroads.  His favorite part of being a lawyer is presenting cases to juries in trials, including a recent case that resulted in an $8M verdict for his client.  Paul has handled cases in state and federal courts throughout the country, including a case that he successfully argued at the United States Supreme Court.  He holds an A/V rating from Martindale-Hubbell, which is the highest possible ranking for both legal ability and ethics.  Paul has previously served as an adjunct professor at the William Mitchell College of Law.