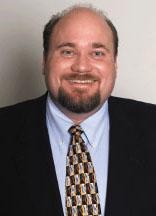 Jayson is both an undergraduate and law school graduate of the University of Nebraska-Lincoln. After his graduation in 2000, Jayson completed the Nebraska Bar and was admitted to practice in the U.S. Court of Appeals for the Eighth Circuit, the U.S. District Court and the Supreme Court of the State of Nebraska.

Jayson began his legal career in support of working men and women, and has practiced in the FELA field since 2001. Working with FELA Designated Legal Counsel,  Jayson has obtained favorable decisions and verdicts for many injured working people. His work in the Courts of Appeal have resulted in favorable decisions for railroaders on the subjects of workplace drug testing, occupational exposures (such as toxic inhalation), and admission of expert testimony.

Jayson lives with his wife, Wendy, and daughter, Audrey, in Omaha.