As the weather turns warmer, motorists in Hennepin County can expect to see more bicyclists out on the road and this means that occasionally, a car and a bicycle are likely to collide. Unfortunately for the cyclist, they are likely to suffer more serious injuries as a result of that crash.

Recently, a bicyclist received a broken leg in a bicycle accident involving a SUV, according to Eagan Patch. The details of the accident are not entirely certain; it is known that the SUV was in the process of turning and that the cyclist was facing oncoming traffic when the accident occurred. Law enforcement did not release any information as to who was responsible for the collision and it is uncertain whether the cyclist suffered any other injuries.

Transit for Livable Communities, a non-profit organization, reports that in accidents involving cars and bicycles, the number one citation given to drivers during the years 2002 and 2011 was failure to yield. The same statistics also show that fatal accidents have ranged between four and 13 per year but that since 2008, the number of bicyclists killed has steadily decreased. The Minnesota’s Office of Traffic Safety reports that 937 cyclists were injured in accidents involving motor vehicles in 2011.

Minnesota Public Radio reports that in 2012, 290 accidents occurred in Minneapolis between cars and bikes. The number of people injured is unknown but statistics indicate that when injury is sustained, in most cases, it is the cyclist that is hurt. As a result, the city has launched a safety campaign to help drivers and cyclists share the road and reduce crashes.

While Minnesota does not seem to have gathered any data on the types of injuries that cyclists experience when hit by a car, a report put together by multiple agencies in New York City indicate that cyclists often receive head injuries. Other injuries, likely include broken bones, bruises and severe cuts. This is not surprising given the lack of protection that a cyclist has outside of protective clothing and a helmet.

When a cyclist is seriously injured in a car accident there are a number of challenges they may face:

However, the risks of serious injury for cyclists can be reduced if motorists make an effort to be more aware of the presence of cyclists and cyclists make a stronger effort to obey traffic signals, use a headlight at night and ride in the proper lane. If you are a cyclist and you have been injured in a car accident, you should talk to an experienced attorney to understand what your rights are and how you may be able to receive compensation for your injuries . 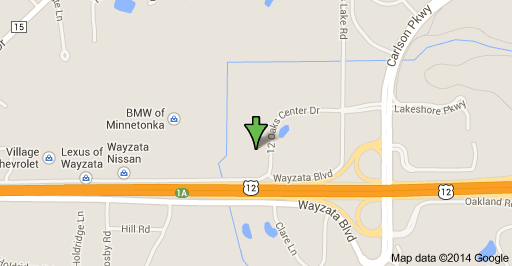